Main page > About us > Marcin Waligóra 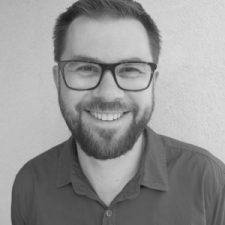 Professor and Vice Dean for Science at the Faculty of Health Science, Jagiellonian University. Fmr. Harvard Fulbrighter (Harvard Center for Bioethics 2017/18). He directs the REMEDY group.

His research centers on ethics of pediatric trials and novel research design.

He is the principal investigator on several grants funded by the European Commission and the National Science Center.

He received his PhD in philosophy from Jagiellonian University (2007). He also graduated from the NIH-Funded Program in Research Ethics (2012) and the Leadership Academy for Poland (2018).

Waligóra teaches courses on medical ethics at Jagiellonian University and serves as an ethics advisor for several programs and institutions.